The Gwynt y Môr Offshore Wind Farm is the second largest operating windfarm in the world. The farm has 160 turbines, which generate enough energy to meet the annual demands of 400,000 homes.

Ellis’ Emperor cable cleats were specified by RWE. Paul Nolan, Ellis’ UK sales director, said: “This is the kind of project that as soon as it’s announced it becomes imperative you secure the specification for it.”

“Not only is it one of the biggest construction projects in Europe, but I strongly believe it will play a major role in placing wind power at the forefront of renewable energy source for years to come.” 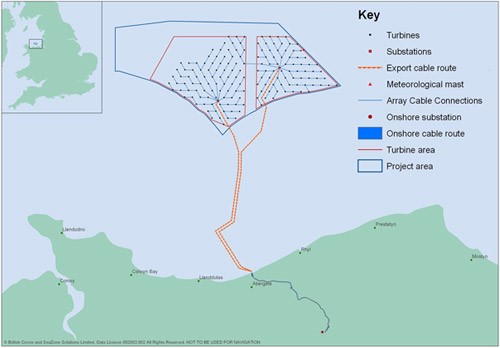